Driver distraction is a contributing factor in many crashes. In Louisiana, 193 people were killed from 2016-2020 because of some distraction either inside or outside the vehicle, and another 23,010 people were injured in 2020 alone.

Although cell phone use and texting are two of the most common distractions, any activity that takes a driver's mind off of the task of driving, hands off of the steering wheel, or eyes off of the road is considered a distraction. Many states and local jurisdictions are passing laws that prohibit these behaviors.

Louisiana has enacted legislation that bans texting for all drivers, hands-free usage in school zones, and no cell phone usage (unless hands-free) for drivers holding a Class "E" learner's license or intermediate license. A study conducted by the AAA Foundation for Traffic Safety shows that 6 out of 10 teen crashes involve driver distraction and more than half of teen drivers reported using a cell phone while driving and more than 1 in 4 reported typing or sending a text message while driving in the past 30 days. 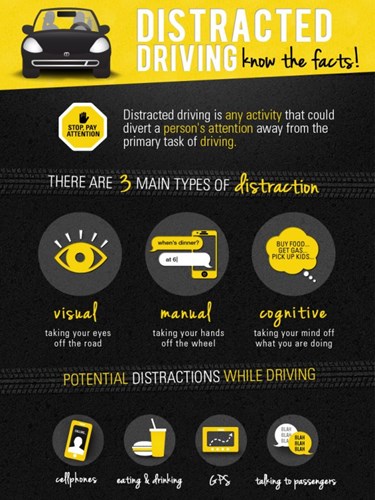